Congressman Brian Fitzpatrick of Pennsylvania's 8th congressional district  which includes Horsham, Warrington and Warminster Townships—all of which are largely affected by PFAS—attended the meeting. The congressman has taken an active role to spearhead efforts toward national PFAS drinking water standards and studies on health effects of PFAS, and was interested to learn more about treatment technologies.

In the meeting, Altair, CKS and Purolite presented informal discussions on PFAS treatment, and noted that the tariffs will have a large impact on the ion exchange industry—and water treatment industry—as a whole. The congressman learned what ion exchange resins are and got to see them up close.

Ted Begg, Purolite's East Coast Sales Director, emphasized that Purolite's Purofine® PFA694E resin uses both ion exchange and adsorption to remove both short- and long-chain PFAS contamination compounds to non-detect levels. In addition to fully removing the contamination, the resin maintains the effectiveness for a much longer time than the alternative treatment option of  granular activated carbon (GAC). Additionally, resin reduces the number of change-outs, analytical sampling, backwashing and other operating costs associated with treatment. Also, the footprint of a resin system is significantly smaller than a carbon-based system, which makes it more feasible to add the system into existing treatment facilities.

Tim Hagey, General Manager for Warminster Municipal Authority, noted that the Purolite resin installed in their treatment system continues to perform very well. Purolite has conducted a pilot study at the Warminster treatment plant over the past two years, which recently transitioned into an a full-scale treatment operation nine months ago.

CKS Engineers and Altair Equipment both favorably discussed their impression of using resin to treat PFAS at various locations—both municipal and military.

All industry attendees noted that that the P.A. Department of Environmental Protection (PA-DEP) has been integral to helping out with the PFAS situation in Horsham, Warminster and Warrington Townships by fast-tracking the permitting process. Without fast-tracking, the permitting schedule can greatly affect the time it takes for municipalities to get clean, safe water.

Additionally, participants hope that resin will soon become fully recognized as an approved treatment method for PFAS in all states.

Jord Yniguez, Technical Specialist for Purolite notes, "It was a pleasure talking with Brian Fitzpatrick at Altair Equipment about PFAS. The congressman was very knowledgeable about the issues of PFAS contamination within his district. We were able to openly relay the benefits of ion exchange resin over granular activated carbon and provide information regarding the locations where ion exchange resin has been used to treat PFAS contaminated water within and outside of Pennsylvania. Mr. Fitzpatrick was able to get first- hand testimonies from Altair Equipment and Warminster Township about the effectiveness of resin. He understood the concerns about tariffs affecting the ion exchange resin industry and how it can affect his constituents from getting clean and drinkable water."

In a 2016 Health Advisory for PFAS, the U.S. Environmental Protection Agency lists a PFAS level of 70 parts per trillion (ppt) as a maximum contaminant level (MCL) guideline. However, states are proactively changing MCLs for PFAS compounds to levels significantly lower than this federal guideline. States are also mandating the lower levels, not just recommending them, and many government representatives are introducing legislation regarding PFAS. The most recent state to do so is New Jersey, which changed the MCL for PFNA to 13 ppt on September 4, 2018 though the enactment of  N.J.A.C. 7:10 Safe Drinking Water Act Rules.

The EPA has hosted many community engagement events, and are expected to develop a PFAS Management Plan that is expected to be released by the end of the year.

PFAS contamination is not restricted to the USA, and has been found across the globe including Italy and Australia. 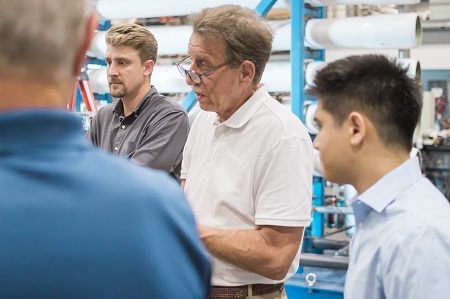 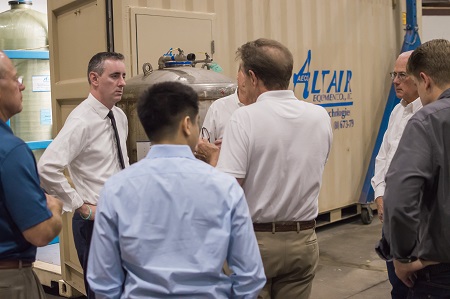 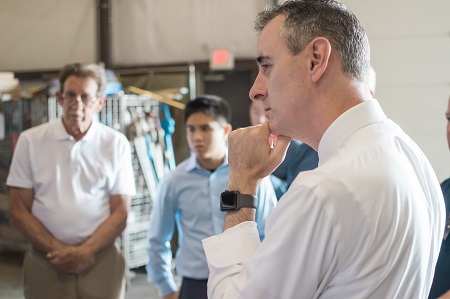 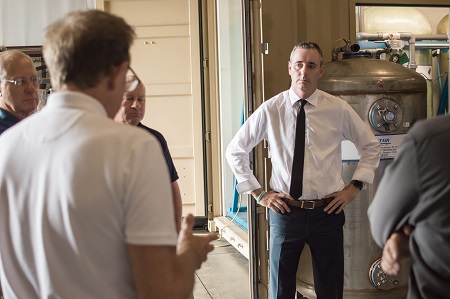 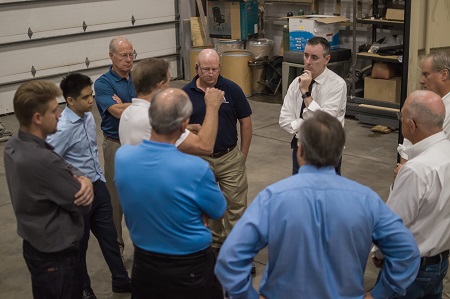