The Future in Protein A Affinity Matrix Design / Blog / purolite

The Future in Protein A Affinity Matrix Design

This article is part of our "Reducing the costs of biopharmaceutical spearation and purification with novel resins" ebook.

Manufacturing by Jetting, the future in Protein A affinity matrix design

Protein A affinity chromatography continues to be the preferred method for commercial purification of antibodies because of its high selectivity and robust resin performance over repeated purification cycles. Reports estimate that US$125 billion of yearly sales will be generated from monoclonal antibody (mAb) products by 2020 (1). Most of those will be purified by large-scale Protein A affinity chromatography. With the continued growth and commercial importance of mAb production, availability of high-quality resin material and options for secondary sourcing are growing concerns. As current commercial patents for therapeutic antibodies expire and biosimilars enter the market, the cost of manufacturing will be of increasing interest.

The workhorses of today’s commercial mAb purification processes still are porous resins based on styrenic, acrylic, or agarose chemistry and produced by the same batch emulsification methodology that has been used since the mid-1900s.  This technology produces resins that have a wide particle-size distribution and requires extensive screening to achieve the column performance demanded in modern processes. By contrast, a scalable continuous emulsification technology termed ‘jetting’ can be used to produce beads with a narrow particle-size distribution, without sieving, and resulting in almost quantitative yield.

It is not uncommon to overlook some important aspects of Protein A affinity chromatography.  The most important factors to consider during the evaluation of Protein A resins are summarized below. Some factors will be impossible to evaluate at scale during design of a clinical process but still should be considered before selecting a resin. 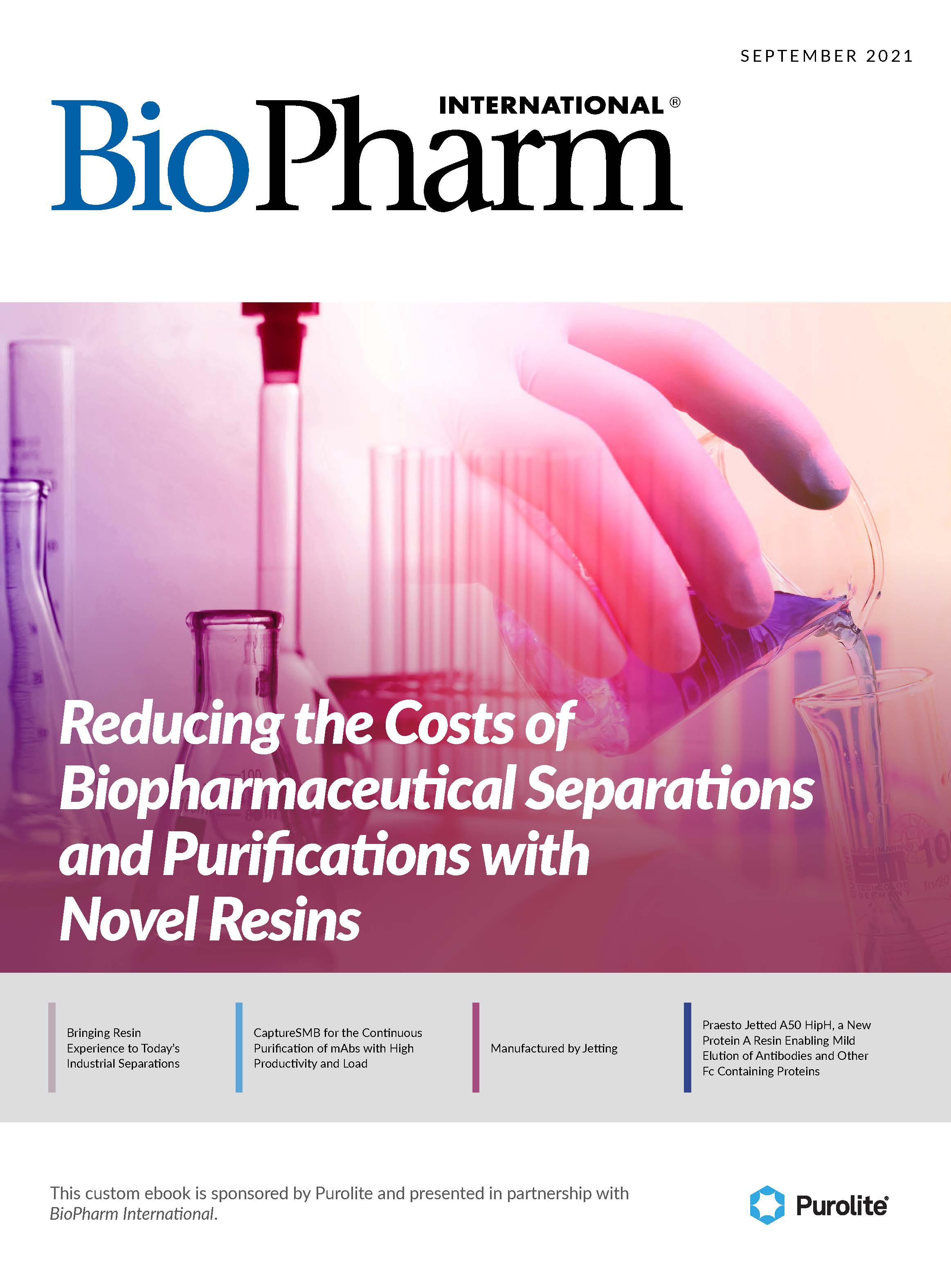 Reducing the Costs of Biopharmaceutical Separations and Purifications with Novel Resins in partnership with BioPharm International. Alongside Purolite, YMC America, Process Technologies Group have contributed in sharing their expertise, research and insights in relation to biopharmaceutical separations & purification with novel resins.