On February 27, 2018 the Right Honourable Carwyn Jones, First Minister of Wales and several other representatives of the Welsh government visited Purolite's Bala Cynwyd office. Arriving at 9:45 in the morning, the group was greeted warmly by Purolite employees who were very excited to meet the First Minister.

The discussion focused on economic development in Wales as well as Purolite's operations in Wales. Additionally, the First Minister and Mr. Brodie briefly discussed job creation, the exchange rate, implications of Brexit, and the exceptional quality of local talent in Wales.

Flags of the U.S.A. and Wales were prominent in the entranceway and the meeting space, and provided a warm backdrop for the meeting. Daffodils were also placed on tables in honor of Saint David's Day—a day commemorating the Patron Saint of Wales that is celebrated on March 1st. Coffee, tea and an abundance of fruit and local treats were served—including Philadelphia soft pretzels, pastries and crudités.

Upon leaving, the group thanked Purolite for our hospitality and the First Minister noted that too often they visit companies and leave without having any idea about what the company actually does. Because of the relatability and clarity of the discussion during the meeting, they have a solid understanding of what we do…and it is incredible and exciting. The First Minister graciously took many photos with our office team, and made good on his promise to wear a Purolite baseball cap.

Hours later, the First Minister posted a photo from the event on his Twitter feed noting, "Fascinating discussion with @PuroliteLifeSci in Philadelphia – delighted to hear how @WelshGovernment support is helping this world leading #USA life sciences company to expand in #Wales – thanks for such a warm welcome."

The First Minister is visiting the U.S.A. and Canada this week on an economic mission to strengthen economic ties and trade between North America and Wales. He visited companies such as PCI and Thomson Reuters. He also spoke at the UN, as well as at symposiums on issues such as gender equality and the implications/opportunities of Brexit. He attended many social events (including one in celebration of Saint David's Day which involved the Welsh Society of Philadelphia), and met with a diverse group of people including Hillary Clinton, actor Luke Evans, Congressman Dan Kildee, Dan Mulhall (Ireland's Ambassador to the USA) and many others, resulting in a very busy week.

It is not a coincidence that Purolite has operations in Wales and that the company headquarters is located in what is known as "The Welsh Tract" of Pennsylvania.

The town of Bala Cynwyd, which is home to Purolite's headquarters, is named after two towns in Wales—Bala and Cynwyd. Additionally, surrounding towns in the area such as Narberth, Bryn Mawr, Haverford, Radnor, North Wales, Lower Gwynedd, Lower Merion and Upper Merion were given Welsh names by the original settlers in the 1600s, who were also Welsh. Additionally, William Penn wanted Pennsylvania to be called new Wales, but King Charles II of England decided that the name should be Pennsylvania.

We thank the First Minister for taking an interest in Purolite's operations in Wales, and look forward to the opening of our new Life Sciences manufacturing plant in Llantrisant, Wales for large-scale production of agarose-based Praesto ion exchange resins. 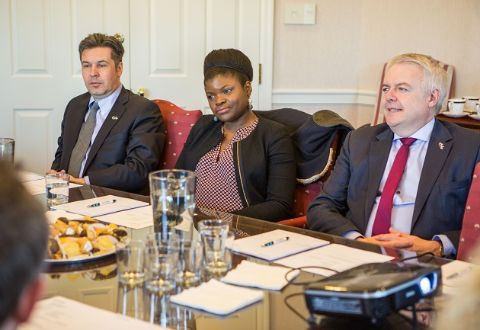 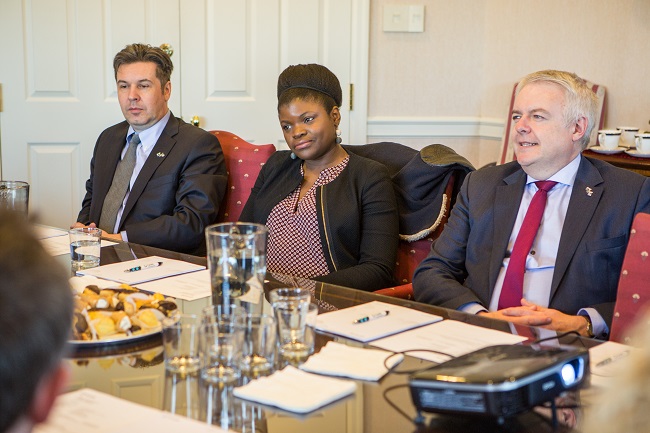 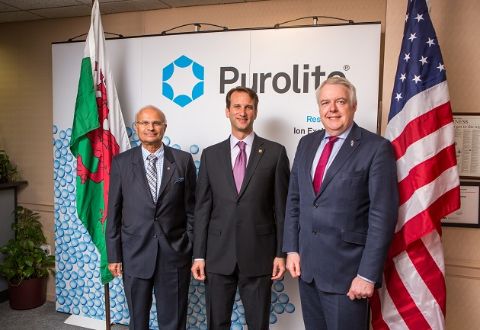 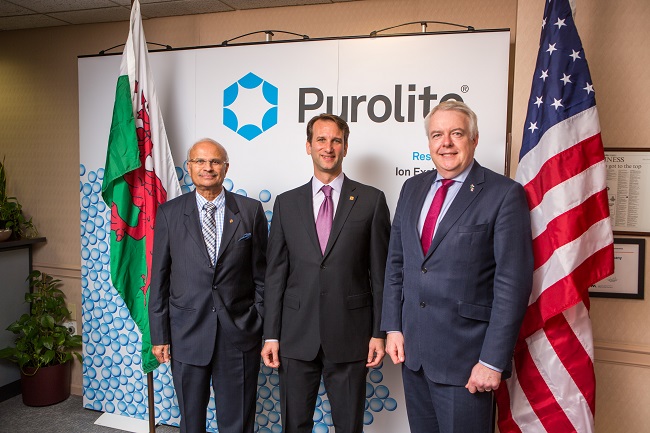 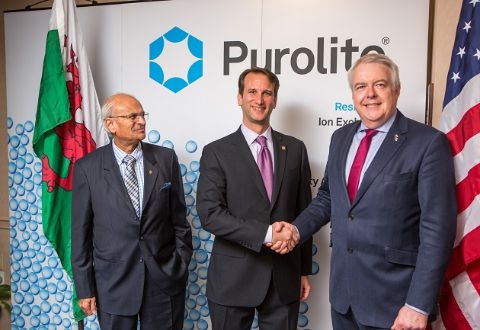 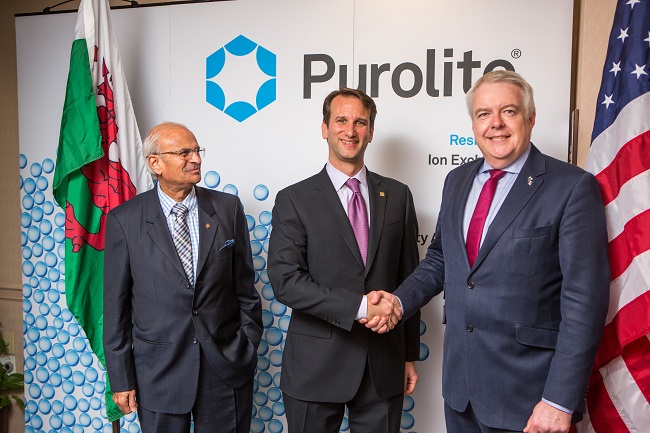 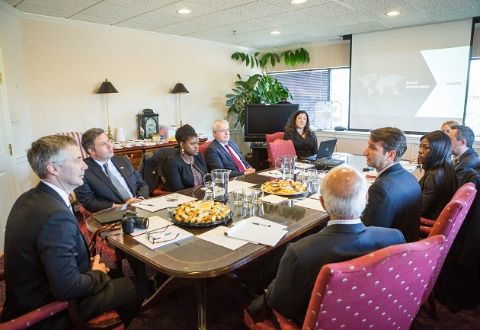 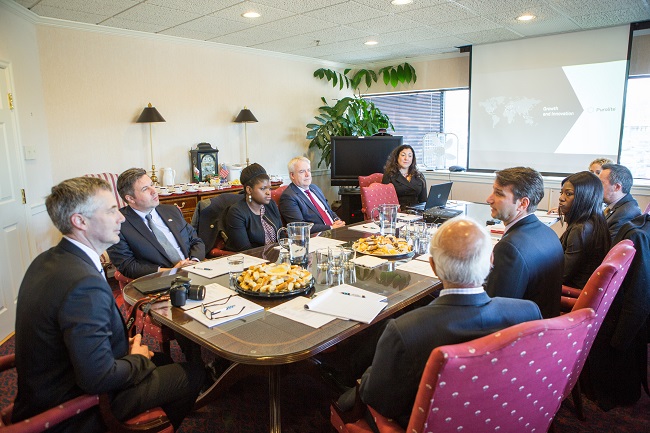 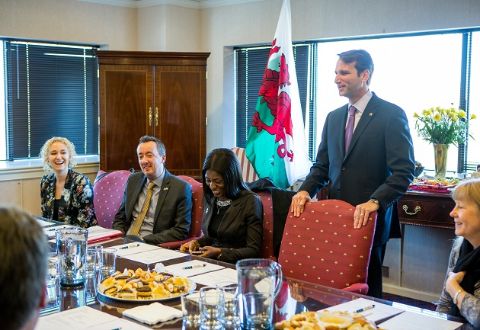 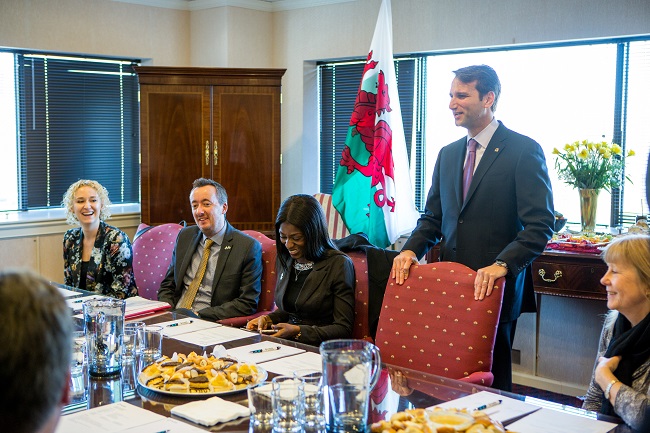 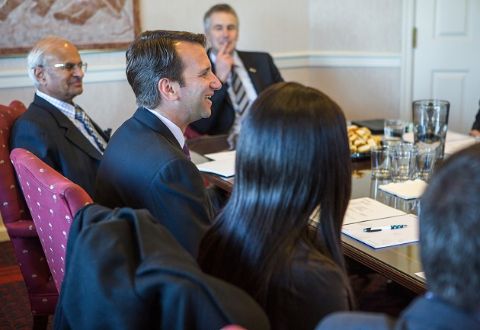 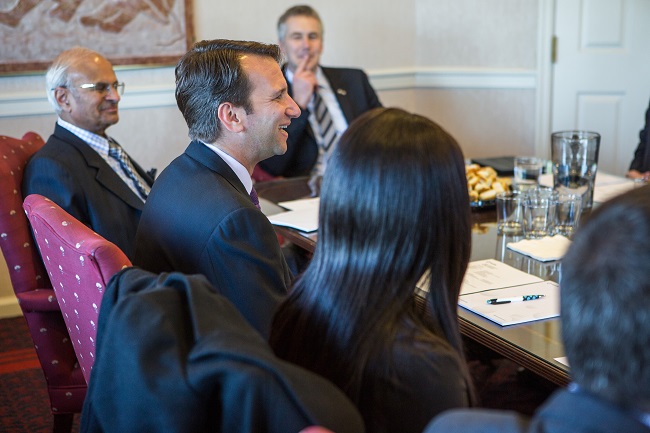 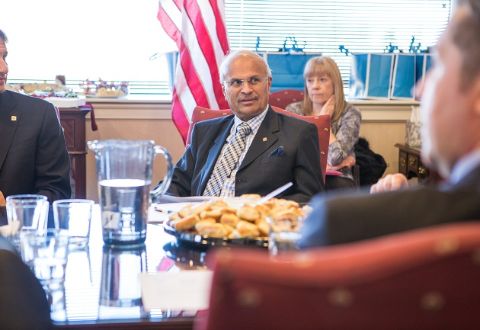 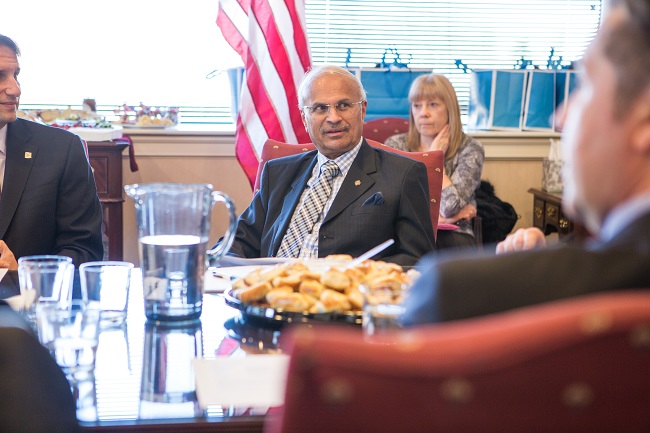 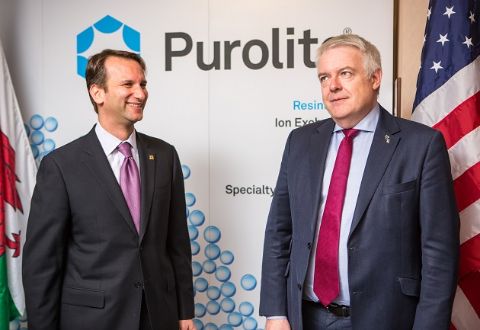 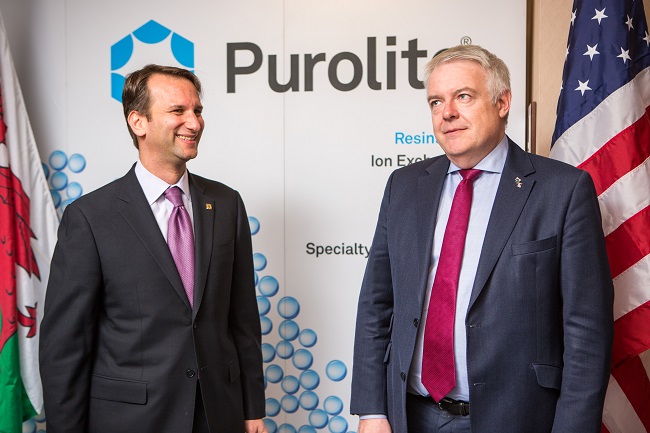 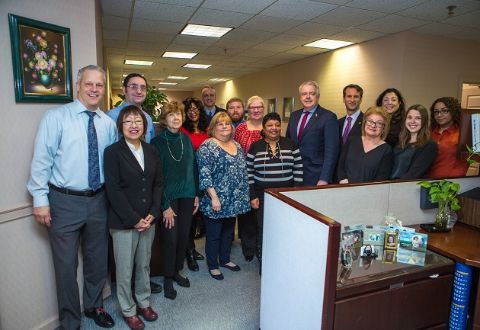 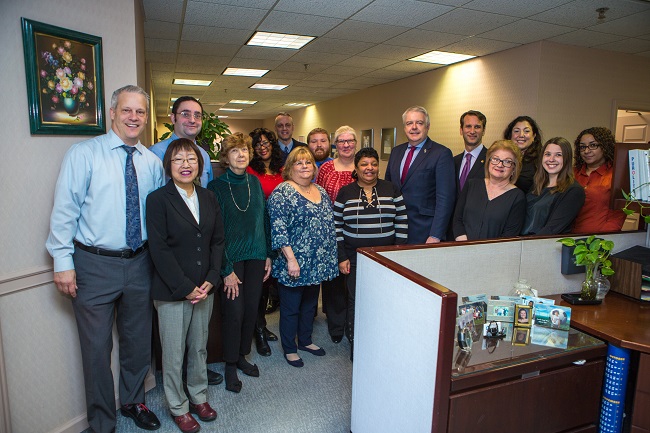 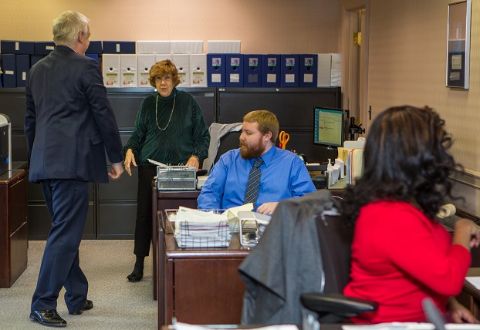 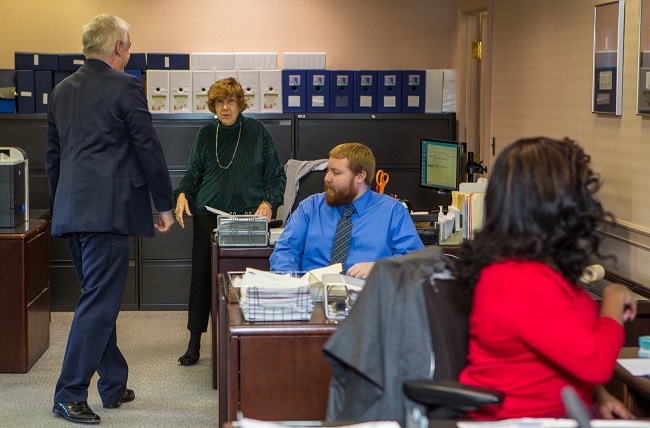 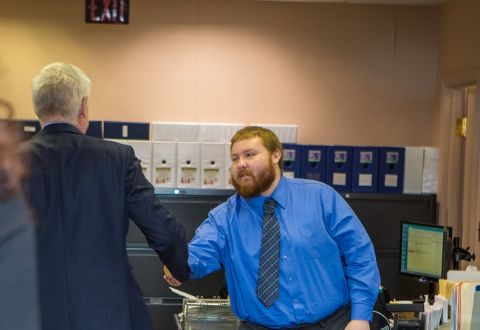 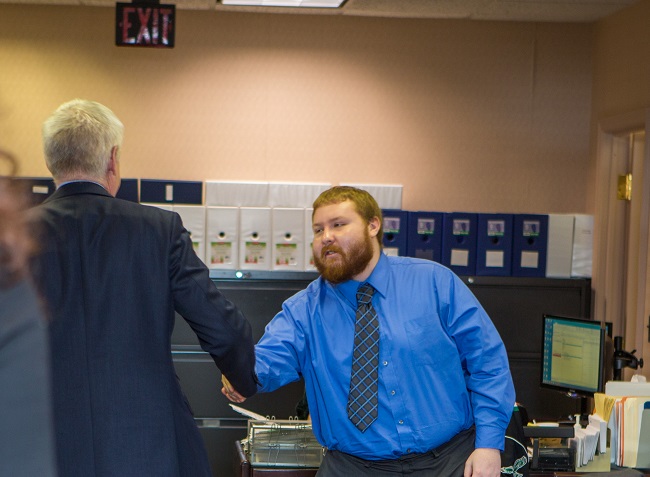 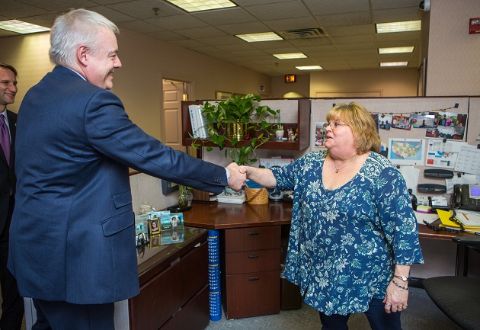 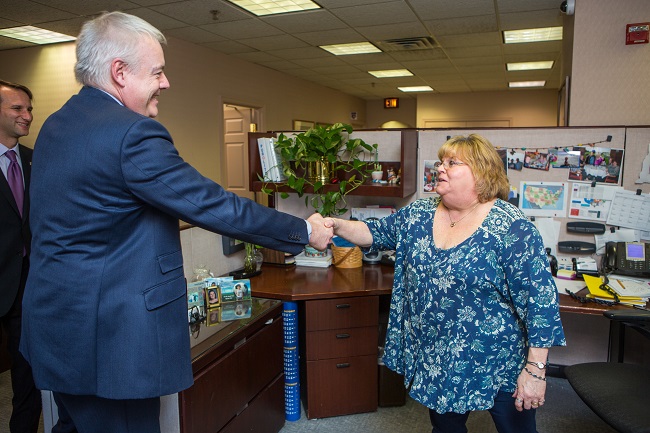 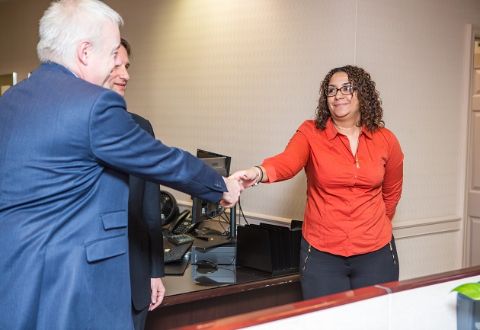 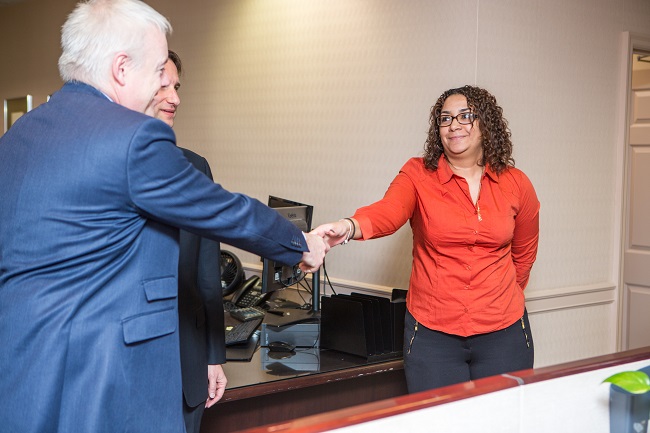 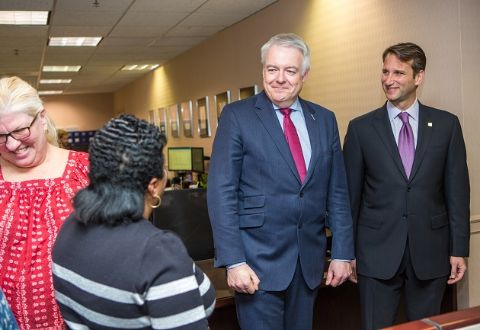 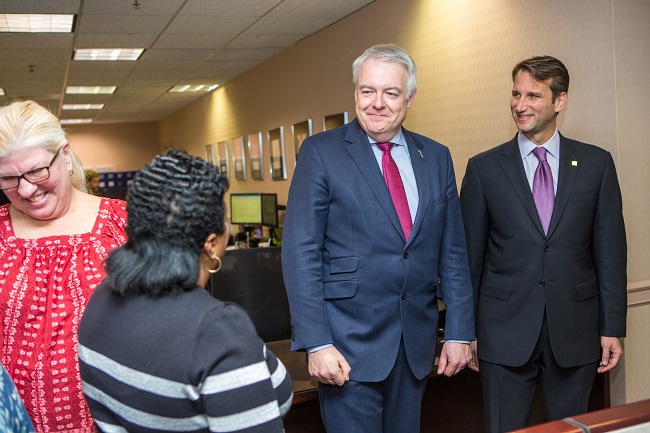 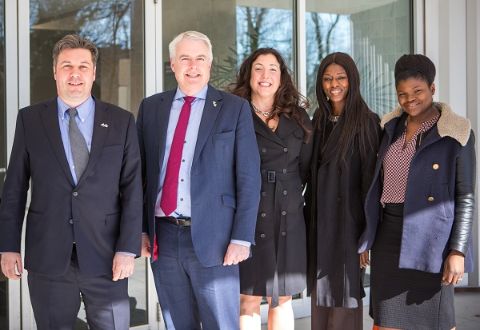 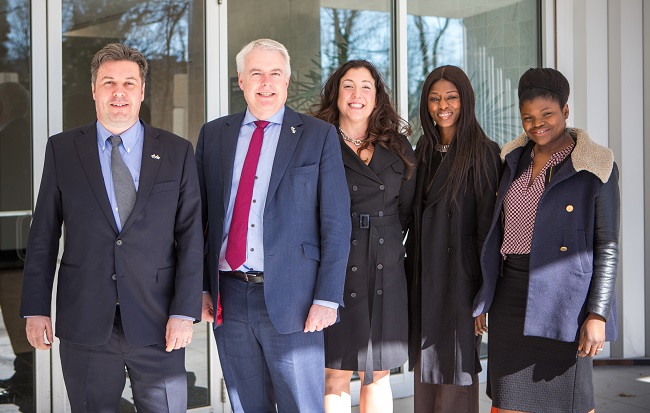